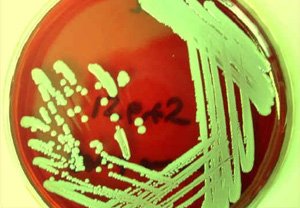 Scripps Translational Science Institute researchers are scrutinizing the DNA sequences of different strains of methicillin-resistant Staphylococcus aureus (MRSA) to identify genetic factors that distinguish the serious but treatable noninvasive form of the disease from the invasive and potentially lethal infections that bore through the skin, down to the bone, and spread to other body tissues.

In addition to identifying potential molecular targets for new drug development, STSI’s findings could lay the groundwork for a screening test that will enable physicians to determine early and quickly whether a patient’s new MRSA infection is invasive or non-invasive. 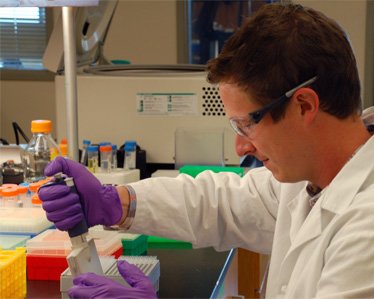 Boils or abscesses on the skin are typically the first indications that an individual has become infected with MRSA, which is a Staph infection that can not be treated with such antibiotics as oxacillin, penicillin, amoxicillin and methicillin.

Once it has entered the patient’s blood stream, the invasive strain can spread to almost every area of the body causing it to become extremely difficult to treat. Since hospitals and nursing homes have been the site of most invasive MRSA infections, these and other health care institutions have initiated aggressive infection-control programs.

STSI scientists have deciphered the DNA sequence of more than 50 MRSA strains ranging from highly pathogenic to noninvasive isolates, as well as additional Staph strains that respond to antibiotic therapy. These strains were isolated from children who were patients at San Diego’s Rady Children’s Hospital. Researchers at the hospital thoroughly documented the clinical manifestations associated with each strain so that STSI researchers would be able to pinpoint any genes and regulatory elements that distinguish invasive from noninvasive infections.

With funding from a STSI Pilot Grant, the scientists are expanding their scope to analyze the DNA sequences of invasive and noninvasive strains isolated from several hundred adult Scripps Health patients.

Genomic research on infectious disease susceptibility is especially complex because two genomes – the patient and the microorganism – are involved. While MRSA infections primarily reflect the genomics of the bacterium, STSI scientists also plan to investigate whether a patient’s own genetic make-up influences his/her body’s response to MRSA.