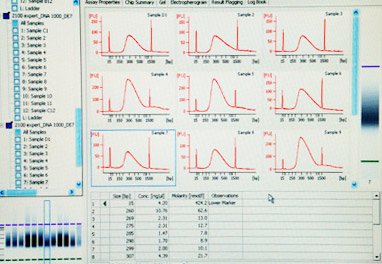 STSI scientists sequenced an 800 KB genomic region in about 300 females with AN and 40 women in the control group. To increase the “genetic load” of the DNA samples, the AN group included patients with relatives also affected by the disease.

STSI scientists also plan to investigate the neurological complement of the “druggable genome” to search for potential new targets for AN therapy. Because AN is one of the most treatment resistant neuropsychiatric disorders, it may be influenced by undiscovered variants that are outside of traditional serotonin pathways. These undiscovered variants may prove to be useful drug targets.

For more information about research on the genetics of anorexia nervosa: news release about STSI and Children’s Hospital of Philadelphia study published in 2010 in the Molecular Psychiatry journal. The journal paper is titled, “A Genome-wide Association Study on Common SNPs and Rare CNVs in Anorexia Nervosa.”