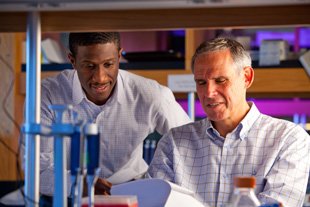 The initial results from the SGHI study were published online Jan. 12, 2011 by the New England Journal of Medicine. Dr. Topol and his colleagues reported that they did not find evidence that the screenings induced psychological anxiety among the study participants. Among those participants whose scans showed a high risk for developing a disease, a significant proportion expressed strong intent to undergo the corresponding health screening test, the STSI scientists noted in their NEJM paper.

“These tests have been harshly criticized by the medical community and government agencies, but until now there were no data,” said Dr. Topol. “Early detection is a critical factor in preventing most diseases, yet a lot of us don’t get our health screenings as recommended. For instance, only about half of the people who should get colonoscopies actually do.”

“A major concern raised regarding these tests is the possibility they will lead to high levels of anxiety in consumers who receive estimates of high genetic risk,” said Cinnamon Bloss, Ph.D., STSI clinical psychologist and lead author of the NEJM paper. “But our data suggest this is not the case.”

While the study revealed some promising findings, Bloss noted that improved lifestyle, such as increased exercise or lower fat intake, did not characterize the participants after learning their test results. “This was not necessarily surprising, however, given how difficult it is to both measure, as well as affect behavior change in these areas.”

In the Sept. 2010 issue of Genetics in Medicine, SGHI researchers reported their analysis of the participants’ responses to questions prior to their receiving results from the genetic tests. The researchers noted that almost 50% of the participants expressed overall concern about the personal genomic risk assessment test and about participating in the SGHI. Despite their concerns, all participants provided a saliva sample for the direct-to-consumer test. 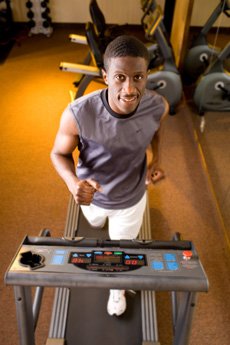 Rashaad Forehand explained his participation in the program: “My grandfather had prostate cancer. And on my mom’s side, they tend to have high blood pressure. I think a lot of people don’t live as long because diseases sneak up on them, and by the time they find out, it’s too late. Knowing something gives you the opportunity to do something about it.”

The researchers’ analysis found that the subgroups with the most concerns about genetics testing were women, health care organization employees, those with higher education, those younger in age, and those with higher trait anxiety at baseline behavioral testing. The privacy of the test results was the consumers’ most common concern.

Dr. Bloss and her research colleagues pointed out that the SGHI’s participants do not represent the broader population of consumers. Most participants are Caucasian, almost 99% of them said that they had health insurance, and the majority reported that they believe their current health status to be “very good.” Most were employed by health and technology companies when they chose to purchase the personalized genomic risk assessment. In addition, the participants did not seek out testing of their own desire or volition. Although they were recruited, they had to pay for the testing.

To protect the privacy of participants’ genetic information, traditional identifying information for saliva samples and self-reported health assessment questionnaires have not been used. Instead, the information has been de-identified, encoded, encrypted and kept in a secure database.