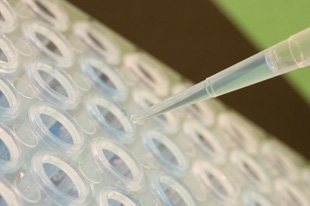 “The discovery of time-dependent variants that influence CVD trait values over time can potentially be used to screen young individuals who are pre-symptomatic and provide the opportunity for preventive measures decades before disease onset,” said Sarah S. Murray, Ph.D., Director of Genetics at STSI and leader of the study whose findings were published in PLoS Genetics.

Recent genome-wide association studies have pinpointed many loci associated with cardiovascular (CVD) risk factors in adults.  It has been unclear, however, whether these loci predict trait levels at all ages, whether they are associated with how a trait develops over time, or whether they could be used to screen individuals who are pre-symptomatic to provide the opportunity for preventive measures before disease onset.

Longitudinal studies are one approach for capturing genetic variations that show a time-dependent effect. Thus, Scripps Translational Science Institute (STSI) researchers adopted this approach when conducting a genome-wide association study to evaluate the role of common genetic variants in the development CVD in adults whose health has been tracked from childhood. They recently completed the study and published the results in a Sept. 2010 issue of PLoS Genetics.

The study population was a subset of 525 individuals in the Bogalusa Heart Study (BHS), the longest and most detailed epidemiologic investigation of the origins of adult heart disease and high blood pressure.  Since childhood and for almost 40 years, participants’ blood pressure, heart rate, blood cholesterol levels and nine other traits that characterize CVD have been periodically measured.

In PLoS Genetics, STSI researchers and their collaborators reported that they pinpointed two million single-nucleotide polymorphisms (SNPs) associated with cardiovascular traits in the DNA of the study population. In these SNPS, the scientists detected seven significant variations linked to diastolic blood pressure; blood levels of HDL and LDL; and triglycerides, insulin and glucose.

The researchers confirmed two of these genetic variants as “strongly significant” in a review of the DNA codes of 2,400 participants in the Young Finns Study (YFS). YFS is a longitudinal population investigation on the evolution of cardiovascular risk factors from childhood to adulthood based in Finland.

Previous research established that the SNP rs247616 in the CETP gene is linked to HDL, and rs445925 in the APOE gene is linked to LDL. The STSI study provided the first evidence indicating that these two SNPs were time-independent. The SNPs’ effects on HDL and LDL remained relatively constant over time, from childhood to adulthood.

In the analysis, rs445925 emerged as being associated with high LDL levels during adult years that is above and beyond its effect on blood cholesterol levels during childhood.

The researchers also discovered two novel SNPs whose influence on blood triglyceride levels strengthened with age.  These time-dependent SNPs were linked to variations in the linear trajectory of triglyceride levels from childhood through adulthood.

Neither SNP was confirmed as strongly significant in the Finnish group. Whether the two SNPs can ever be used in a screening test to help predict a child’s potential risk for CVD during adulthood must be determined by research with larger populations of people.

Because all participants in the BHS and YFS were of European ancestry, STSI’s results may not apply to African-Americans, Asians or other racial groups.