Pain: on the Molecular Level 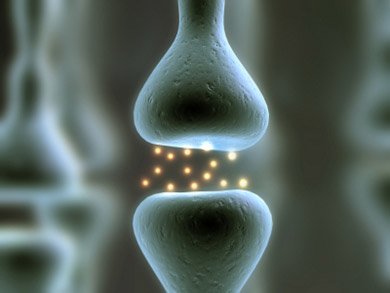 One-third of the world’s population suffers from persistent or recurrent pain.

Although successful treatments for chronic pain do exist, many are inadequate for some conditions or cause unacceptable side effects. In addition to human suffering, chronic pain results in severe economic loss.  For example, migraine, a vascular pain syndrome, costs an estimated $19.6 billion annually in the U.S. alone.

The TRP ion channels play a role in temperature as well as pain sensations, which are closely interrelated. The STSI researchers regard the temperature-activated channels, which represent a new class of TRPs that are dubbed thermoTRPs, as important clues to understanding how neurons “sense” pain at the molecular level.

Conducting the study are a Scripps Health physician and four leading scientists at The Scripps Research Institute (TSRI) and Scripps Genomic Medicine (SGM).

The physician (Christy Jackson, M.D.) specializes in the treatment of patients suffering from migraine, while the TSRI scientist (Arden Patapoutian, Ph.D.) identified the first gene involved in humans’ ability to sense cold temperatures. The gene encodes for a protein that belongs to TRP channel family.

The five scientists are focusing on 16 genes, including six TRPs that are relevant to somatosensation.  They have sequenced the genomic intervals encoding these 16 genes in blood samples obtained from 30 juvenile patients who suffer from chronic migraine and at least one of their parents, and 90 individuals who do not have this or other pain disorders.

To analyze the functional consequences of the amino acid variants that differ between these two groups, the researchers will construct point mutations in the thermoTRPs that represent these natural alleles and then investigate their activity in response to temperature and chemicals in heterogonous cells.  Subsequent experiments with human patients hopefully will identify the alleles’ associations with different behavioral responses to sensations.