Educating the next generation of clinical/translational scientists

Brian Abe is an Internal Medicine Research Track resident at the Scripp’s Clinic/Green Hospital. He has interests in immune tolerance and autoimmunity. After receiving his bachelor’s degree in Biochemistry and Molecular Biology as well as Japanese at the University of California at Davis, he continued research activities at Tokyo University’s Institute of Medical Science and the University of California at San Francisco. He later received his MD/PhD from the Medical Scientist Training Program at the Albert Einstein College of Medicine with a focus on CD4 T cell anergy and immuno-oncology. He is excited to join the Scripps Translational Science Institute as a KL2 scholar to continue research in the field of immunology. Lase Ajayi is  a palliative care physician and pediatrician, who recently joined STSI as a KL2 Scholar. She is dedicated to expanding the benefits of palliative medicine across all ages, as well as improving communication with seriously ill patients. She has  a strong interest in studying methods of improving communication between seriously ill patients and hospital teams; as well as investigating how palliative medicine can improve the quality of lives of patients with previously devastating pediatric disease who are now living well into adulthood. This group of patients includes, but is not limited to, those with congenital heart defects, cystic fibrosis, and hemoglobinopathies as well as survivors of pediatric cancers.

She currently serves as the medical director of palliative medicine at Scripps Mercy hospital  San Diego and is well published in her work with patients with serious illnesses. She completed medical school and residency at the University of Kansas and moved to San Diego for fellowship in Hospice and Palliative Medicine.

Paddy Barrett is a physician scientist committed to exploring the powerful intersections of psychology, technology and biology and how they stand to impact precision healthcare in the future.

Dr Barrett completed his training as an interventional cardiologist at Columbia University Medical, New York and general cardiology training with the Royal College of Physicians of Ireland. He has worked as a cardiovascular research fellow previously at the Scripps Translational Science Institute while completing a Masters of Clinical and Translational Investigation where he conducted several multicenter genomic and digital health medicine trials alongside Dr Eric Topol.

Dr Barrett was the recipient of the A. Menarini Travelling Research Scholarship, the University College Dublin McArdle prize in surgery and has published broadly on the field of precision medicine. He firmly believes that the collision of emerging technologies will radically alter how we target diseases and promote health. 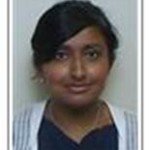 Stuti Jaiswal is currently a resident in the physician-scientist track of Scripps Clinic’s Internal Medicine Residency and is now working on research as a KL2 Scholar at STSI. She completed her undergraduate work at the University of Arizona with bachelor degrees in both Finance and Molecular & Cellular Biology. Subsequently, Stuti went on to join the combined MD/PhD program at the University of Arizona College of Medicine. Her graduate studies were completed in the Neuroscience program, under the guidance of Dr. Ralph Fregosi, where she studied how nicotine exposure in utero changes neuronal circuitry involved in breathing control. Although she loved the 12 years she spent in Tucson, AZ to complete her studies, Stuti is very excited to continue on with her clinical and research work in beautiful San Diego, CA.

Dr. Konijeti is a gastroenterologist and Director of the Inflammatory Bowel Disease Program at the Scripps Clinic in La Jolla, California. She also conducts grant-funded clinical research evaluating the epidemiology of IBD as well as cost-effective strategies for inflammatory bowel disease and fecal microbiota transplantation. Dr. Konijeti received her medical education at the University of Pennsylvania School of Medicine in Philadelphia, PA. She completed internal medicine residency at Cedars-Sinai Medical Center and the UCLA West Los Angeles VA Hospital. She completed her fellowship in Gastroenterology and Hepatology at Massachusetts General Hospital in Boston, Massachusetts, where she engaged in subspecialty training in inflammatory bowel disease and clinical research, and taught gastrointestinal pathophysiology at Harvard Medical School. She also completed a Master in Public Health from the University of California, Los Angeles. She is a member of the Crohn’s and Colitis Foundation of America, the American College of Gastroenterology and the American Gastroenterological Association.

Quan M. Nhu, M.D., Ph.D. is a medical resident in the Scripps Physician-Scientist Internal Medicine Pathway. For his Ph.D. dissertation, mentored by Stefanie Vogel, Ph.D. at the University of Maryland School of Medicine, Quan proposed the concept of innate immune pattern-recognition receptors for ligands vs. proteolytic functions; and identified novel signaling interactions and a novel paradigm for receptor cooperativity between Toll-like receptors (TLRs) and proteinase-activated receptor 2 (PAR2) (J Biol Chem 2008; Mucosal Immunol 2010). In addition, he identified TLR4 and PAR2 as potential novel therapeutic targets in H1N1 influenza infection. Quan proposed and obtained the clinical-phase sepsis agent, Eritoran, a TLR4 antagonist, as a potential host-directed therapy to protect against influenza infection, which was subsequently demonstrated in mice by the Vogel lab (Nature 2013). As a medical student, he proposed a novel IL-1-dependent connection between chronic pancreatitis and Schnitzler syndrome, a rare autoinflammatory disorder of the inflammasome (ACG 2012).

As Quan’s interests broadened to include viral-induced autoimmune diseases, he trained at The Johns Hopkins University Autoimmune Disease Research Center under the mentorship of Noel Rose, M.D., Ph.D. (Vaccines & Autoimmunity 2015, chapter 2). Since joining Scripps, he has been active in the Gastroenterology & Hepatology division, examining the roles of the inflammasomes in gastrointestinal and hepatic inflammation and the mechanisms of NLRP3 inflammasome activation. He is additionally developing clinical studies for eosinophilic esophagitis, Clostridium difficile, and influenza. Quan is a member of the American College of Physicians (ACP) and the American College of Gastroenterology (ACG).