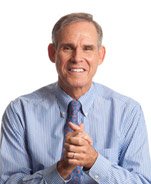 Eric J. Topol, MD, is the director of the Scripps Translational Science Institute, a National Institutes of Health funded program of the Clinical and Translational Science Award (CTSA) Consortium focused on advancing individualized medicine. He is the chief academic officer of Scripps Health, a senior consultant cardiologist practitioner at Scripps Clinic, and professor of genomics at The Scripps Research Institute.

In Cleveland, he chaired the Department of Cardiovascular Medicine at Cleveland Clinic for 15 years and elevated its status to rank No. 1 by U.S. News and World Report for 11 consecutive years. Dr. Topol served on the faculty of Case Western as a professor in genetics, and was founder and provost of the Cleveland Clinic Lerner College of Medicine. His work in the genomics of heart attack has led to discovery of key genes recognized by the American Heart Association twice as one of the top 10 research advances, and by TIME magazine as a “Top 10 Medical Breakthrough in 2010.”

As a leader in clinical trials of novel therapeutics, Dr. Topol administered recombinant t-PA to the first patient in 1984, pioneered the clinical development of clopidogrel (Plavix), bivalirudin (Angiomax), and abciximab (ReoPro). He was the first physician to publish safety concerns on the cardiovascular risk of Vioxx. He has more than 1,000 original peer reviewed publications and has edited more than 30 books, including the “Textbook of Interventional Cardiology” (6th ed), the “Textbook of Cardiovascular Medicine” (3rd ed), and a new book for consumers entitled “The Creative Destruction of Medicine”.

He has been a medical innovator in wireless medicine, including wireless electrocardiogram (ECG) telemetry, vital signs, and as a founder and vice chairman of the West Wireless Health Institute. Dr. Topol has been elected to the Institute of Medicine of the National Academy of Sciences, the American Association of Physicians selected as one of the founding “Rock Stars of Science” by the GEOFFREY BEENE Foundation, and recognized by the Institute of Scientific Information (ISI) to be one of the top 10 cited biomedical researchers in medicine in the past decade. In addition, Dr. Topol was recently selected as one of Modern Healthcare’s 100 Most Influential People in Healthcare.

Nicholas J. Schork, Ph.D.,  is Director of Bioinformatics and Biostatistics at STSI and Professor, Department of Molecular and Experimental Medicine at TSRI.

During 1999 and 2000, he took a leave of absence to conduct research as the Vice President of Statistical Genomics at the French biotechnology company, Genset, where he helped guide efforts to construct the first high-density map of the human genome.

A member of several scientific journal editorial boards, Nik is a frequent participant in U.S. National Institutes of Health-related steering committees and review boards, and has served on the advisory board of five companies.

In addition, he is currently Director of the Bioinformatics and Biostatistics Core of the National Institute of Aging- sponsored Longevity Consortium and a member of the Genetic Association Information Network (GAIN) data analysis committee of the National Human Genome Research Institute