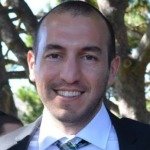 The human genome is the biological code that specifies human-beings. Dr. Torkamani’s overall vision is to decipher that code in order to understand and predict interventions that restore diseased individuals to a healthy ground state. He is the Director of Genome Informatics at STSI and an Assistant Professor at The Scripps Research Institute – professor, scientist, inventor and entrepreneur.

Dr. Torkamani obtained his undergraduate degree in chemistry at Stanford University, where he received a Bing Foundation Chemistry Research Fellowship, and his doctorate in biomedical sciences at the University of California, San Diego, (in record time) under the mentorship of Dr. Nicholas Schork as an NIH Genetics Predoctoral Training awardee. In 2008, he joined the Scripps Translational Science Institute as a Research Scientist and Donald C. and Elizabeth M. Dickinson Fellow, and shortly thereafter as an Assistant Professor of Molecular and Experimental Medicine and Mario R. Alvarez Fellow. As an Assistant Professor Dr. Torkamani received a Blasker Science and Technology and PhRMA Foundation Award. In 2012, Dr. Torkamani advanced to Director of Genome Informatics at STSI where he leads various human genome sequencing and other genomics initiatives. Dr. Torkamani is also co-founder and Chief Scientific Officer of Cypher Genomics, Inc.

Dr. Torkamani’s research covers a broad range of areas centered on the use of genomic technologies to identify the genetic etiology and underlying mechanisms of human disease in order to define precision therapies for diseased individuals. Major focus areas include human genome interpretation and genetic dissection of novel rare diseases, predictive genomic signatures of response to therapy – especially cancer therapy, and novel sequencing-based assays as biomarkers of disease. He has authored over 50 peer-reviewed publications as well as numerous book chapters and Medscape references. His research has been highlighted in the popular press (Union Tribune) (National Geographic).

« Back to All Faculty & Staff